Life of a Minion

Departure from Hong Kong and travel to everywhere

We were supposed to get picked up by taxi collectivo at 9am outside our airbnb. We waited for over 30mins and there was no sign that the taxi driver was coming. We thought it was normal given that our 1st taxi collectivo was very late. The airbnb host saw us waiting under the sun and told us that it is not normal for the taxi collectivo to be this late. As we didn’t get the taxi driver’s number, we decided to walk towards viazul bus station, hoping to find another taxi that would take us up to Trinidad.

Whilst walking towards the bus station, we saw a man on a bicycle who asked in his broken yet understandable English, if we wanted a taxi. After a bit of negotiating, it took him 15 minutes of rapid fire Spanish on his mobile and eventually, he found a taxi driver who would take us from Cienfuegos to Trinidad for 20CUC (for the 2 of us) as they couldn’t find another 2 person to share the cost. It took us about 1.5 hours to get there. The good thing about getting a taxi driver on the spot is you can bargain for a better rate if they have no business.

Finally we arrived at Trinidad, another UNESCO Heritage site in Cuba. It is a postcard-perfect city, a different feel to the other cities we had been to in Cuba and Mr Maps was busy taking photos everywhere. 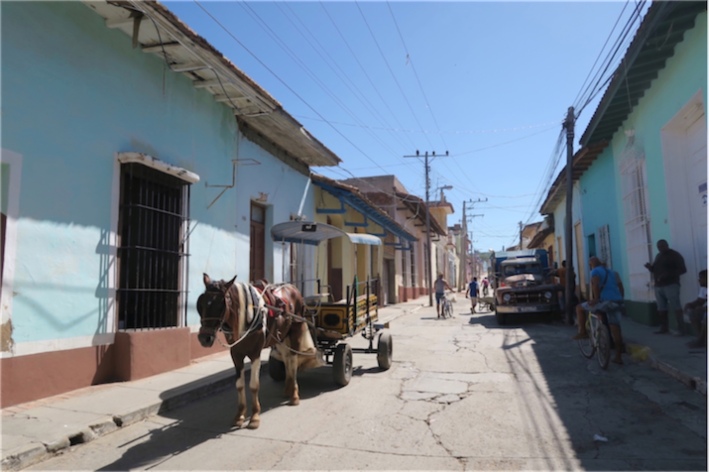 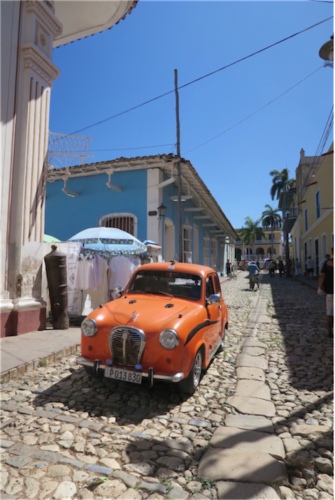 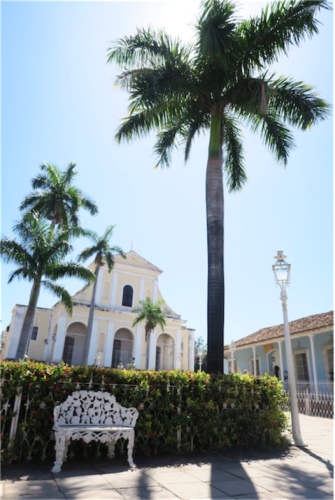 First, we made a stop at Plaza Mayor which is the main square of Trinidad. The best spot for taking photo of the Plaza Mayor is the 1st floor of an art gallery facing the square. 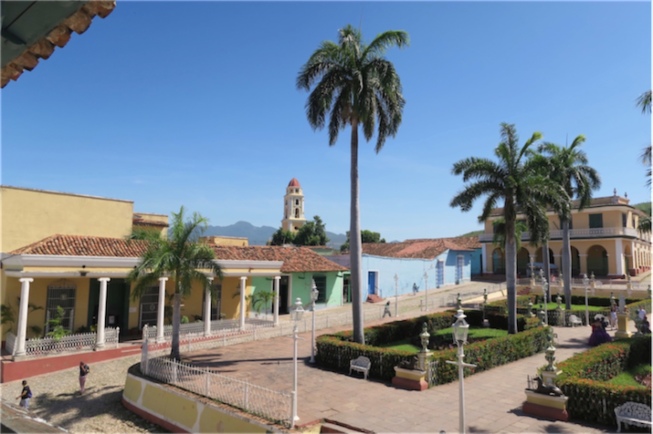 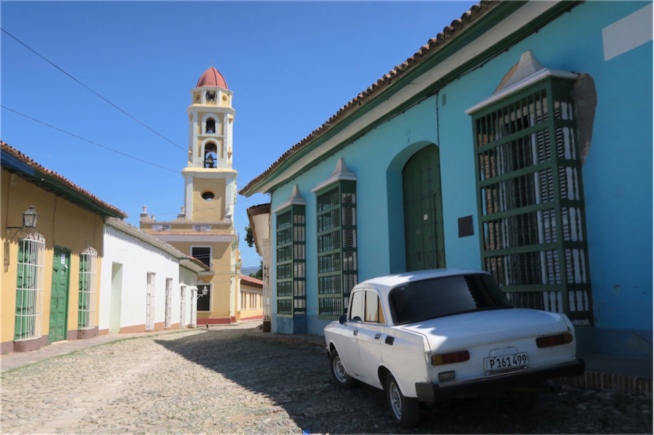 As most website/travel books suggest, the bright yellow building next to Plaza Mayor – Museo Histórico Municipal, is the top attraction in Trinidad as you can have the city’s panorama view from the top of it’s tower. I wasn’t sure for what reason we didn’t go in, though we walked past a few times without making the decision to head up. Perhaps it was the heat and with no shade at all in Trinidad or more likely the admission fee that put off Mr Maps as he was looking after all our cash and slightly worried that we didn’t have enough. Either way, we enjoyed taking photos of the locals and the buildings rather than learning about the history of the town.

We followed the Lonely Planet’s suggested city walk and headed towards the corner between Calle Boca and Calle Amargura. You will see the bright yellow building as shown in the photo below and we thought this is one of the best photo taking spots in Trinidad. You just need to wait for that perfect classic car or horse carriage to pass by to make your photo more lively. 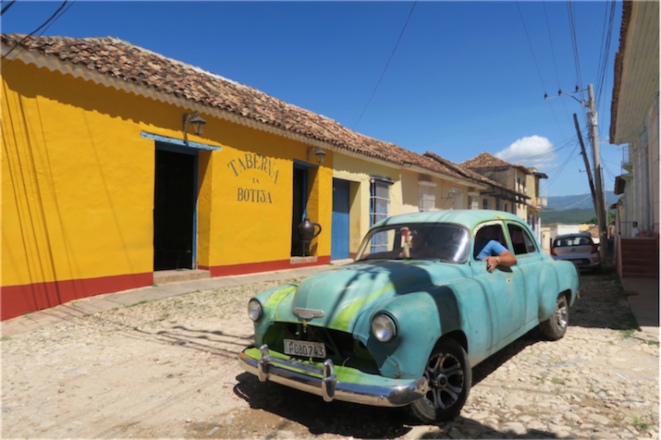 We walked back to the area close to Plaza Mayor and looked for restaurants for lunch. We were attracted by the live music performance from Villalba and decided to have our lunch here, despite sparse few customers inside. Our expectations were low after spending the last days at Cienfuegos, and overall during the trip, food was not one of the highlights. However, we were pleasantly surprised by the food at Villalba. We ordered lamb as per the waitress’s recommendation and chicken (always the safe choice). Both were marinated to perfection; and it was one of the best meals we had in Cuba, and wasn’t too expensive either; about 25CUC for the 2 of us. Personally, I think the tripadvisor ranking really doesn’t do it justice, though we weren’t able to make a comparison with other restaurants in the area, as it was the only place we ate at in Trinidad.

As for the live band, don’t be deceived by their look, I have to say the live band there is one of the best during our Cuban trip. They are a lot better than most of the bands who dress in Cuban style clothes/uniform. 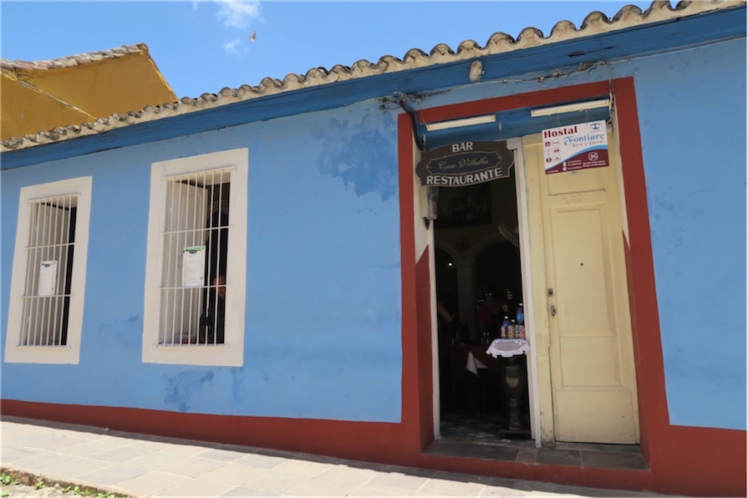 Tripadvisor ranking: #53 of 121 restaurants in Trinidad

Trinidad is a beautiful small town perfect for photo taking but it is quite run down. We can tell Cienfuegos is a much richer town in comparison, with many more tourists staying there, whilst Trinidad is a bit of an afterthought, yet still definitely worth a day trip. Besides taking photos, there isn’t much to do around the town and we felt like we had done most things here within 3 hours.

There is a sugar mill nearby called Manaca Iznaga where you can go for half day tour. I looked at the photos online when we did trip planning before departure and it wasn’t that spectacular so we decided to skip it. As the tour or the train starts early in the morning, if you want to join the tour, you might have to stay in Trinidad for at least one night.

We went to infotur to help arrange taxi to get back to Cienfuegos for 20CUC after lunch. We got back around 2pm and chilled for the rest of the day. 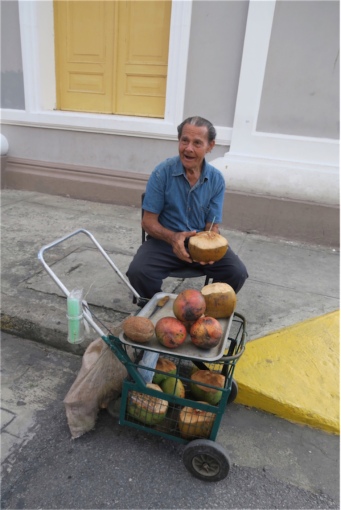 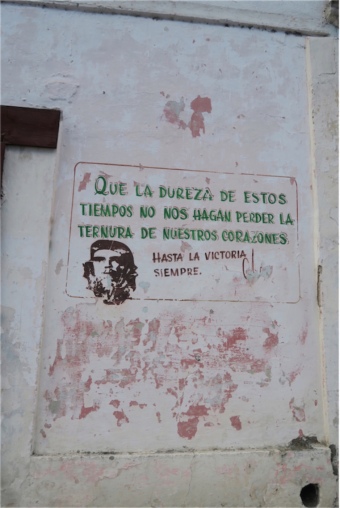 There is no McDonald’s in Cuba but they have McDonald 🙂 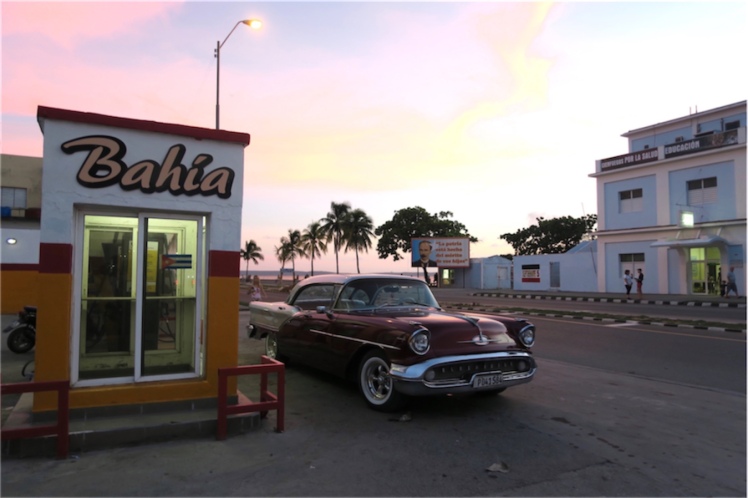 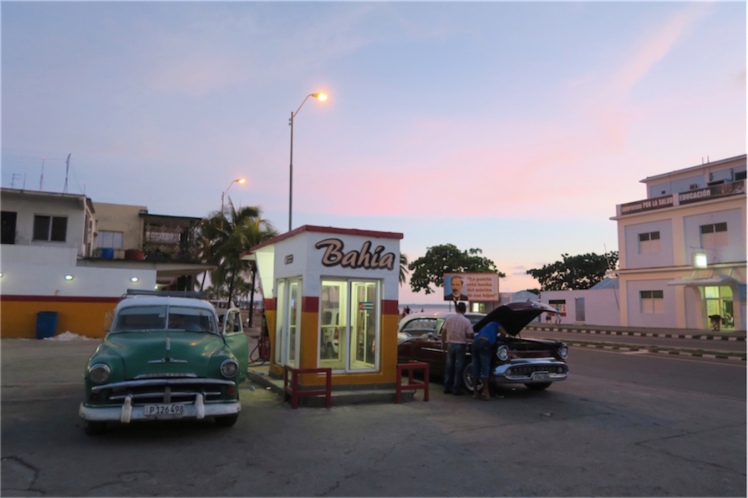 In order to preserve cash, we went back to Las Mamparas for dinner and ordered two of the cheaper dishes. I was looking forward to go to the all inclusive hotel at Varadero next day as Mr Map’s constantly referring to our need to preserve cash started making me quite stressful.

Have you been to Cienfuegos in Cuba? If you enjoy reading my blog, feel free to follow me on twitter @MinionTravel to get the latest update.